Our U. S. CONGRESS REPS-Senate and House

One of two chambers (the other is the U. S. House of Representatives)  of the U. S. Congress, the U. S. Senate  is made up of 100 elected Senators, two from each of the 50 states regardless of population.  Each Senator is  elected to serve a six-year term. Every two years one third of the Senate is up for reelection. To be able to run in an election for the Senate one must be 30 years old by the time one takes the oath of office, a citizen of the U.S. for at least nine years, and a resident of the state from which one is elected. These qualifications were established in Article I, Section 3 of the Constitution.  California is represented in the U. S. Senate by Alex Padilla (appointed through 2022 to replace Kamala Harris) and Dianne Feinstein.

All U.S. CONGRESS:  Senate and the House of Representatives

Congratulations to Alex Padilla,  CA Secretary of State,  who has been appointed by Governor Newsom to fill the vacancy of California U.S. Senator through 2022.

The HOUSE OF REPRESENTATIVES

As per the Constitution, the U. S. House of Representatives makes and passes federal laws. The House is one of Congress’s two chambers (the other is the U.S. Senate), and part of the federal government’s legislative branch. The number of voting representatives in the House is fixed by law at no more than 435, proportionally representing the population of the 50 states.

California is the most populous U. S. state and as a result has the most representation in the United States House of Representatives, with 53 Representatives.  Congressman Salud Carbajal represents the Santa Maria Valley, which is part of the 24th District in California, that includes Santa Barbara and San Luis Obispo  Counties as well as western Ventura County. Permanent link to this article: https://santamariademocrats.info/page-locator/page-search-menu/your-reps-and-maps/federal-representatives-u-s/ 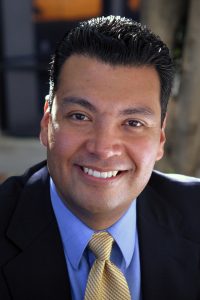 Alex Padilla, U.S. Senate I am honored to be appointed by Governor Newsom to serve as California’s next United States Senator. I’m the proud son of immigrants. My parents met as immigrants from Mexico — they fell in love, got married, and applied for green cards, ready to embrace a country that valued hard work …

All U.S. Senate & House of Representatives 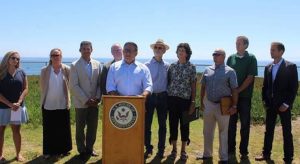