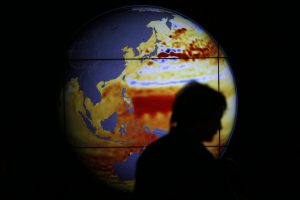 The U.S. is already showing signs of the effects of climate change, according to a recent scientific report. (PBS Hour)   Photo with elevated sea levels in 2015.

“Many lines of evidence demonstrate that human activities, especially emissions of greenhouse or heat-trapping gases, are primarily responsible for recent observed climate change.”

So far, many scientists find that there has been very little direction, in fact, from the White House about the report altogether.

Permanent link to this article: https://santamariademocrats.info/2017/08/08/scientists-are-concerned-that-the-trump-white-house-wont-release-climate-change-study/