Trump ignores the world, withdraws the United States from the Paris Climate Agreement 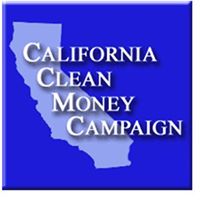 Give the California DISCLOSE Act a vote!

Last Wednesday, June 11, over 150 people from all around the state rallied and lobbied their legislators to demand that the California legislature give AB 14, the California DISCLOSE Act, its promised vote to stop secret money in politics. Chants rang out loud and clear across the Capitol steps — from coauthors, coalition partners, and activists alike — that “We Want a Vote!”

To get our democracy back, we must stop the wealthy and powerful from secretly buying elections — which the California DISCLOSE Act will do by making political ads show who really pays for them. That’s why we have to keep fighting to show our elected officials how many people are demanding they vote to end Dark Money.

AB 14, The California DISCLOSE Act, will fight Dark Money by making it illegal for political ads to mislead voters about who’s paying for them.   AB 14 will strike the biggest blow yet against the unlimited secret money unleashed by Citizens United by requiring that ballot measure ads and ads about candidates by outside groups clearly and prominently disclose their top 3 true funders.

SB 651 complements AB 14, the California DISCLOSE Act, which requires political ads to clearly disclose their top 3 funders when they ask for your vote.  Together, they’ll let voters know who’s paying for initiatives every step of the way.

AB 1089 In 78% of cities, wealthy special interests can give unlimited amounts of money to candidates in LOCAL elections.   Most states impose limitations on contributions to candidates for local elective offices. California is among the minority of states without these contribution limitations.

Permanent link to this article: https://santamariademocrats.info/2017/06/08/call-assemblyman-cunningham-fight-dark-money/